Choosing a Water Softener That Fits Your Lifestyle 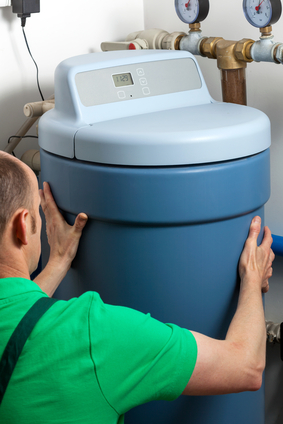 Clean water that contains hard minerals, such as calcium or magnesium, causes problems with flow inside of pipes as it bonds to the surface. It also causes a bad taste, tough buildup on shower surfaces, and clogged pores on top of a variety of additional nuisances. Softening systems may work by replacing the minerals with sodium chloride, potassium chloride, or salt. Other devices clear the water through a series of special tanks before it enters the pipes. Each softener has different qualities and features that vary according to the needs of the particular home.

The most commonly used system for softening water is the conventional ion exchanger. Clean water is passed through a tank of resin beads and then a tank filled with brine so that minerals are substituted with sodium.

Anyone that is concerned about salt intake may prefer the potassium-chloride substitute for their softening. Rather than reducing the minerals, it works to prevent them from attaching to appliances and pipes.

A solution for homes that have extremely hard water, or families that find regeneration times inconvenient, there are two tank softeners available. This cuts down the breaks in service because as one tank empties, the other is used while it regenerates.

Based on a time clock, this softener regenerates on a set schedule no matter how much water is used within the days. Overall, the system itself is cheaper, but the amount of salt used is higher than some of the others.

An efficient on-demand softener uses salt pellets in response to the amount of water that is used. It self-adjusts so that there is no waste during times that the family is not home, or more people are using the water supply than usual.

The simplest system allows the homeowner to regenerate the softener on their own terms rather than rely on setting a timer or meter. Pay attention to the capacity when choosing this method so that it doesn’t have to be done as frequently as a smaller capacity system would.

If you’re concerned about hard water, call us at 856-430-8452 to find out if a water conditioner is right for you. Or you can get in touch with us through the contact form so that we can work together to find the best solution to get rid of your hard water.

And we will get back to you as quickly as possible!